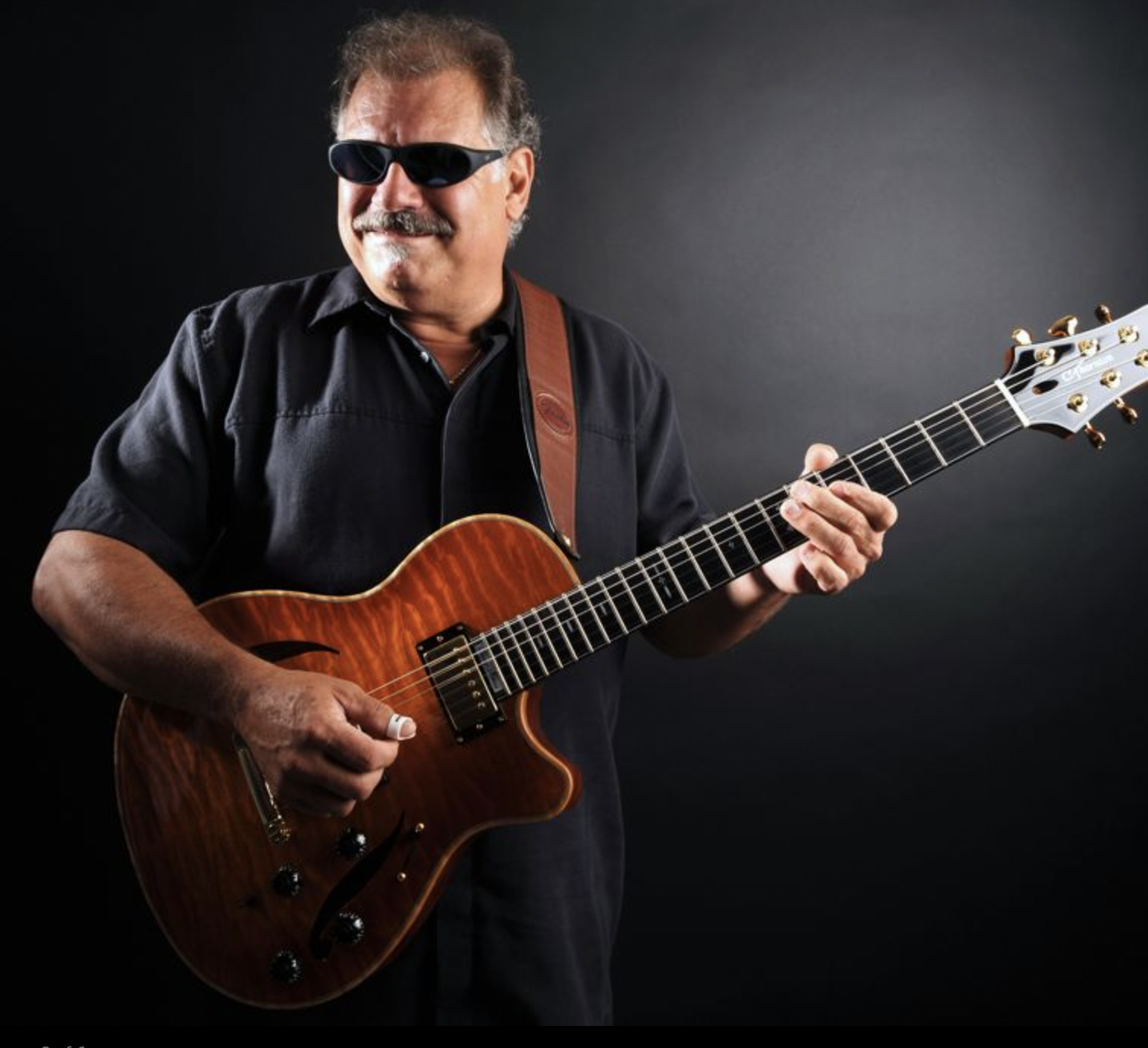 Denny Breau’s rhythmically flawless and dazzlingly clear style allows him to do amazing and stunning things with a six-string guitar. He first draws in an audience with a finely arranged melody and then slides effortlessly into scorching fingerwork that sets ears aflame. The lighting fast guitar lines that seem almost humanly impossible to accomplish are balanced with those that have a quiet intimacy and wrap tenderly around his carefully crafted songs. He mixes genres with ease — folk, Delta blues, country and jazz — “creating a totally accessible musical mélange that captivates as it entertains,” according to Lucky Clark writing for the Kennebec (Maine) Journal.

Guitarists in the audience often suspect that they have been left in the dust and regularly tell Denny that they might as well hang up their guitars! As Denny greets concert-goers and shakes hands following his performances, guitar players invariably ask how he performs certain techniques and Denny, who has a passion for teaching, is happy to show them. This is especially true when demonstrating the guitar style of Chet Atkins, who was a family friend and major influence. Shows usually include a “smartly executed Chet Atkins medley by Breau who truly does the late Atkins proud,” according to a review in Dirty Linen magazine.

It is not an exaggeration to say that Denny was born to the instrument on May 26, 1952. His parents, Hal Lone Pine and Betty Cody, were popular country performers and RCA recording artists beginning in the 1940s. His older brother, the late Lenny Breau, is considered a jazz guitar giant. A recent Dirty Linen review of Denny’s solo CD of “neighborly song portraits of weathered souls” said that “listening to Denny nimbly bend his acoustic steel strings…one can hear a jazz player’s elegant fluidity.”

Denny started playing guitar when he was 9 years old and was performing professionally by his early teens. During more than 30 years as a full-time musician, he has performed with many well-known artists and picked alongside outstanding guitarists including Bryan Sutton, Harvey Reid, J.P. Cormier, Pat Donohue, Dan Crary and Steve Kaufman. He has long been in demand as a studio musician and has done jingles and sound tracks for radio and television as well as recorded and produced albums for other artists. Denny was a member of roots music trio Turkey Hollow with Tom Rowe and Tom’s son Dave starting in 1998. Since Tom’s death in early 2004, Denny and Dave have continued to perform as Turkey Hollow on a limited bases. Denny was inducted into the Maine Country Music Hall of Fame in 2004, the youngest inductee in the history of the organization.

In addition to an active solo career, Denny gives private guitar lessons and teaches music clinics. He also fronts the Denny Breau Trio. Both in solo and trio performances, musical boundaries disappear as Denny takes his music to wherever the joy and spirit of the moment leads him.

Denny is a triple threat: a consummate picker, evocative songwriter, and a singer with a ” voice that is warm and inviting but completely unpretentious— much like the singer himself,” according to Lucky Clark. Mainers have long considered Denny a “must –see,” but they are happy to share a favorite son with those “from away.”