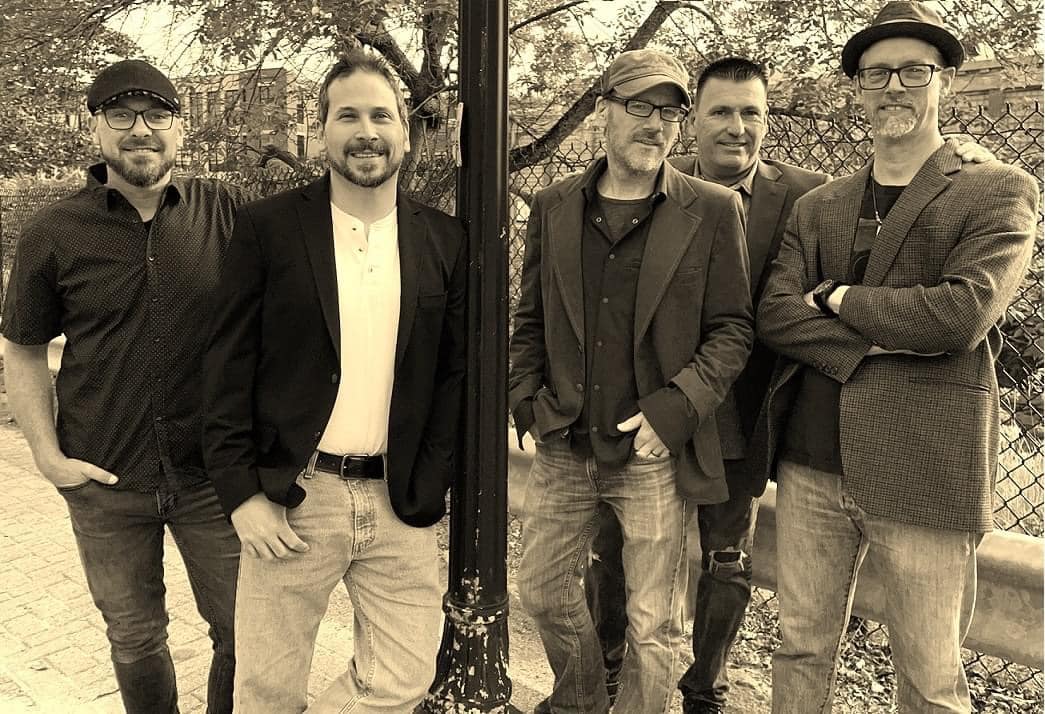 Stolen Mojo: Who Are They and What Do They Play?

I have never been a huge concertgoer. I was never part of the group of friends that would travel to different raves and music festivals or buy expensive tickets to see the newest big music star in person. I do love music, but my taste in live music isn’t about the big venues, overpriced drinks and T-shirts.

You can find my kind of music every night at dive bars all across the country. Here in Maine, my kind of music plays on The Pier or at The Brunswick in Old Orchard Beach. It echoes at Bentley’s Saloon in Arundel. It roars from the deck of the Porthole and from the top deck of the Casablanca in Casco Bay.

My kind of music comes from Portland Maine’s own “Stolen Mojo.”

Mojo has been on the scene for several years touring Southern Maine’s most popular drinking establishments but it was only unl this summer that I saw their performance firsthand. The band is made up of a 5-man ensemble and includes a drummer, keyboardist, guitarist, bass player and vocalist. They also have great stage and lighting effects run by another member of their group.

The thrilling band plays everything from Journey’s “Don’t Stop Believin” and “Separate Ways” to Michael Jackson’s “Billie Jean” and DNCE’s “Cake by the Ocean.”

Attending a Mojo show is guaranteed to make you dance. As one watches the performance from their barstool or high top, it is nearly impossible to not join in on the dance floor. The vocalist often comes off stage and creates a truly engaging experience with the dancing audience. As the night goes on and the performance keeps going (they play for nearly three hours!) the dance floor fills up until it is packed.

If you like dancing, music and cheap drinks, the Stolen Mojo will not disappoint — just don’t judge my dancing, please!

For more information about the band including upcoming shows, check out their Facebook page titled: Stolen Mojo Maine.